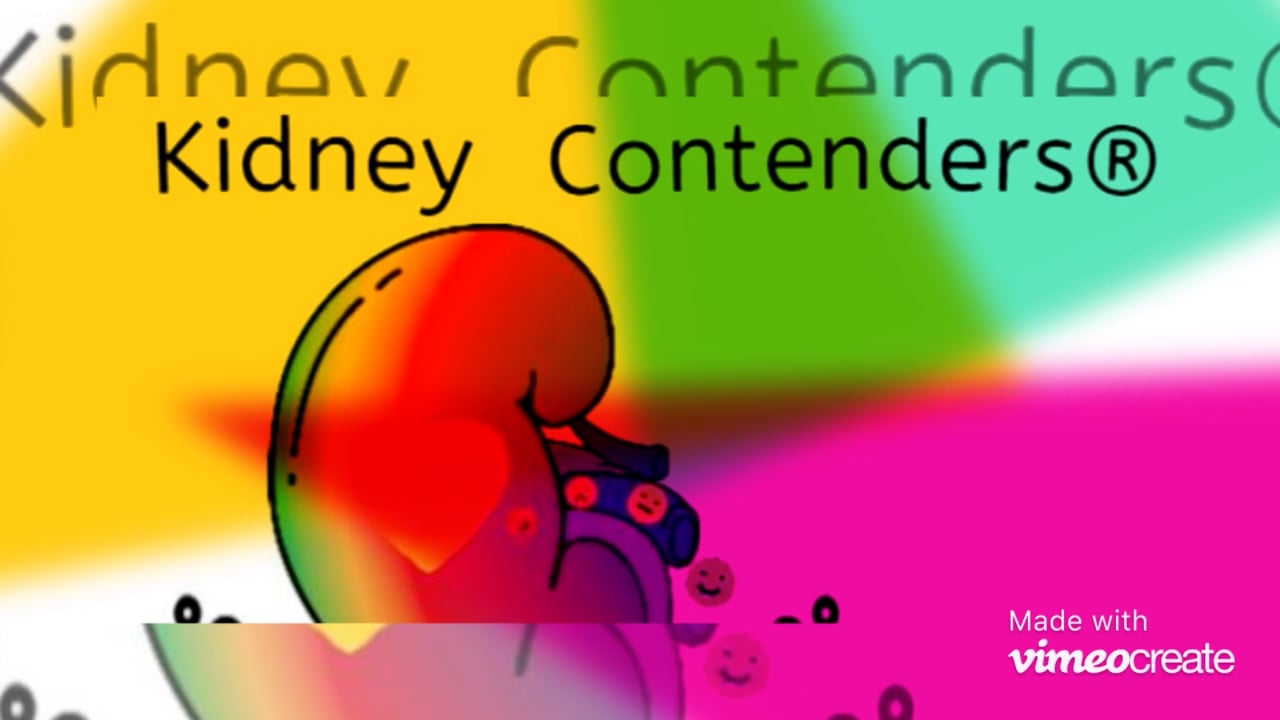 "Chronic Kidney Disease: A Close Look at Its Impact on Americans"

Kidney Contenders® will present at the BIOMED-2021 Global Conference on Biomedical Engineering and Systems on July 23, 2021.
#innovation #biomedicalscience #kidneycontenders

October 2020 the Audio-Therapy for dialysis project was evaluated and approved by The European Dialysis and Transplant Nurses Association/European Renal Care Association (EDTNA/ERCA).

Breaking down the complexity of the human kidney with Matthew A. Sparks, MD

A seventy-four-year-old female was admitted to a New York City hospital on October 28, 2010 for sepsis second to a urinary tract infection (UTI) with a temperature of 101.7 ºF. The attending physician performed a physical examination and medical history review with her family member present. The physician noted the female was lethargic, responded to pain and had HTN, atrial fibrillation (AFib) and LMCA with hemiparesis on the left side. She was discharge from the hospital on November 1, 2010 and instructed to follow-up with her internal medicine specialist on November 11th. The patient died on April 1, 2011.

How did the patient develop Alzheimer’s Disease?

The patient suffered from a stroke on January 3, 2010 at her home. According to her family, she was moving about the one-story house with a walker but was unable to keep her balance and fell. An ambulance was called, and she was taken to the hospital. She suffered a stroke. After she was discharged from the hospital her family admitted her into a Skilled Nursing Facility (SNF) due to the cost of care. During the first 3 months of her stay at the SNF the patient used non-verbal communication. June was the first month she began to speak. Family members brought photo albums during their visits, but she was unable to remember people or objects in these photographs. The family was informed by her visiting physician that she had vascular dementia. Neuroimaging was performed prior to this diagnosis. The patient's family history was reviewed but not enough family medical history on  deceased family members, no present family members were hospitalized for similar health issues. In September 2010 the family removed the patient from the SNF and returned her to their family's home. A home health nurse visited patient at home. Throughout the patient's duration at the family home, various family members showed the patient different visual objects (cards, toys, photographs) the patient owned or gifted to family. In November 2010 the patient (and family member ) followed-up with the assigned internal medicine specialist. The patient was re hospitalized on March 31, 2011. During patient's final hospitalization various procedures were performed on patient. The attending physician discussed  patient's age and health decline with family member.

How did the patient develop Kidney Failure?

The patient was diagnosed with kidney failure during March 2010 hospitalization. Patient was unable to swallow liquids and was  intravenously administered electrolyte solutions.

More information will be discussed in upcoming days.

*The patient’s demographic information and hospitalization days and day of death were changed per the family’s request.

"We’re All Weird And That’s Normal"

Dr. Joel Salinas, MD engages us on his journey with Mirror Touch and shows us there is no definitive definition of normality.

A personal story through the financial and biological metamorphism of an unfamiliar, yet poignant illness

Pemphigus Is Not My Friend (pdf)

Kyle Reyes "No Default on Truth"

Please take some time out of your day to read the amazing Health Triangle Magazine, online now.

Prior Articles and Interviews